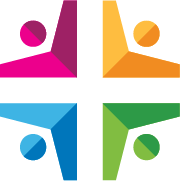 On Saturday 26 November, the Mothers' Union will be joining with other organisations around the world to hold a vigil against gender-based violence. The vigil will take place in the Church - there will be a short talk at 12:50 followed by a period of silence starting at 1.03pm. The time has been chosen to mark the shocking statistic that 1 in 3 women will experience gender based violence in their lifetime. The vigil will end with a short prayer.
The Global Day of Action is Mothers' Union's response to the UN's call for 16 Days of Activism against Gender-Based Violence (GBV). Gender-based violence is one of the most widespread violations of human rights. Spanning many societies, it can affect anyone at any time and takes many forms. It can be part of a damaging cultural ‘norm’, or hidden behind closed doors. It can be very difficult to ask for help.

1 in 3 women worldwide have experienced domestic or sexual abuse and we believe this to be unacceptable. The Mothers’ Union works alongside communities to help stop domestic abuse and GBV, as well as supporting those who have been affected by it.

The church building is open daily for your private prayers.